A new contract was given to RHP Chris Archer today, six-years guaranteed with two club options and the potential to earn up to $45.5 million.

The Tampa Bay Rays held a press conference this afternoon to make to officially announce the agreement between RHP Chris Archer and the team on a new six-year contract.

"I hope this is the uniform I wear for the rest of my career."

The contract potentially could reach eight years with two club options in 2020 and 2021. Archer, a 25-year old pitcher from Clayton, N.C., is guaranteed to earn at least $25.5 million in the first six years of his contract.

Club options of $9 million and $11 million would allow Archer to earn a total of $45.5 million throughout the eight year contract, ending in his age 32 season.

In a press release from the Rays, Executive Vice President of Baseball Operations Andrew Friedman remarked not only Archer's tremendous pitching talent, but the intangibles the 25-year old possesses.

"When we make a long-term commitment to a player, we not only look at his talent, but also his intangibles," Friedman said. "There's no question Chris has the talent to develop into a top-of-the-rotation starter, and he has the drive and character to realize that potential. We are very pleased to solidify his place as one of our core players for years to come."

Based on the comments from management, pretty clear Archer has reached Stage 5 in his development. "We're betting on guys who have a burning desire to be great. That's front and center here today," Friedman added at the press conference. 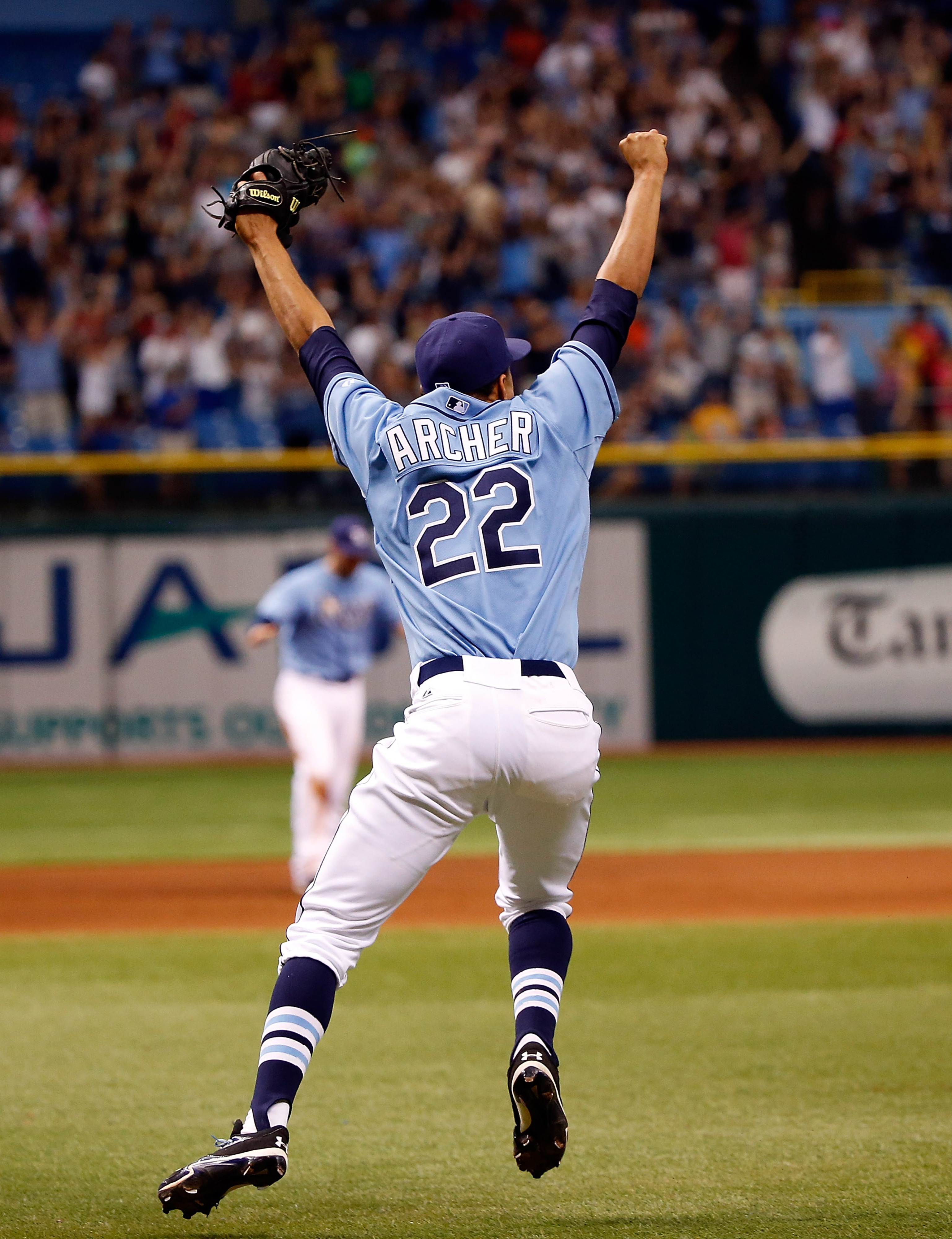 Archer, showed appreciation to the Rays organization during the press conference for believing in him when two other teams gave up on him.

"I hope this is the uniform I wear for the rest of my career," he said.

For a 25-year old pitcher to be signed through his prime years for $25.5 million would cause most people to question why a player such as Archer would take this deal now. Archer, who is known for his intelligent thinking and maturity despite being only 25 years old, noted that the recent string of serious injuries to pitchers in Major League Baseball affected his decision making.

"[The recent pitcher injuries] are signs of what's unknown. Few things in life are guaranteed and the Rays have guaranteed me six years. I'm going to give them everything I can."

What's he most excited about concerning his new-found fortune?

Archer spoke repeatedly in press conference about making his parents debt-free with his contract, allowing them to attend any game they want

Archer spoke at the press conference thankfully, humbly, and even tearfully.

After the announcement, current Rays and former teammates took to Twitter to congratulate Archer on his new deal.

Congrats to my brotha/friend/teammate/inspiration @ChrisArcher42 on signing his extension today!!! Worth every last penny!!! #stripesallday

Congrats King! There isn't a single person more deserving than @ChrisArcher42 . Hard work is paying off!

Huge congrats to @ChrisArcher42 on his well-earned deal. Makes me very happy to see 1 of hardest workers best people in baseball rewarded.

After the press conference, Price even made his way over to Archer to congratulate him in person.

The news of this new contract for Archer is obviously great news for the Rays organization as they lock up one of the more promising young pitchers in MLB. However, it could be even better news for the Tampa Bay area. Despite a short career in the MLB so far, Archer has a made a significant impact in the community through the Archway Foundation.

Through his foundation, Archer looks to empower the youth in this area by using baseball as a platform to "positively impact as many lives as I can." With the announcement of his new contract, Archer sees this as another opportunity to show kids that you achieve any of your dreams.

"For any kid who's been told in life you can't do something, I'm living proof you can," Archer said, who was cut from his seventh-grade baseball team.

For more on the Archway Foundation, check out Stephanie Katz's interview with Archer in February.

Archer will make his 2014 debut tomorrow night against the Toronto Blue Jays.