The Sack of Troy

The Acheans entered the city and killed the sleeping population. A great massacre followed which continued into the day.

Blood ran in torrents, drenched was all the earth,
As Trojans and their alien helpers died.
Here were men lying quelled by bitter death
All up and down the city in their blood. 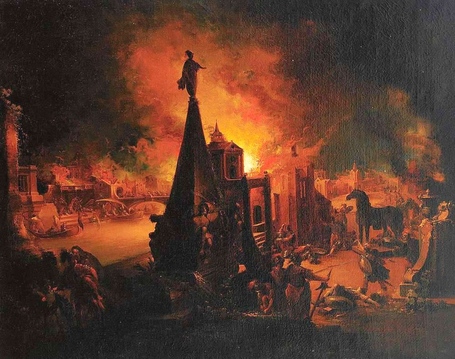 I'm assuming the Fall of Troy Anniversary is the reason we're having a day game today. It's either that, or the MLB schedule makers just genuinely want the Rays to sell zero tickets at least once this season. Or Arbor Day. I dunno.