Cobb out duels in loss.

Tampa Bay's luck of the draw was Yu Darvish, coming off a minor neck injury for his first start of the year. The Rays would fair quite well in the pitching match up, but not all at once, leaving a stellar Alex Cobb still without a win.

Both pitchers settled in immediately. Cobb's fastball was high. his change up was low, and the curve was sneaking in for strikes, keeping hitters off balance through his seven innings of work. Darvish, meanwhile, was painting the edges with cutters and sliders, and cranked out five strikeouts in his first two frames, three of those on three pitches.

It was a match up made for television, a night and day difference from yesterday's start by Price and Martinez, which saw an ace without his usual stuff and a true rookie on the mound. This afternoon, Cobb was able to quickly establish his fastball and let the split/change do all the work, while Darvish showed no signs of rust, fooling everybody into swinging. 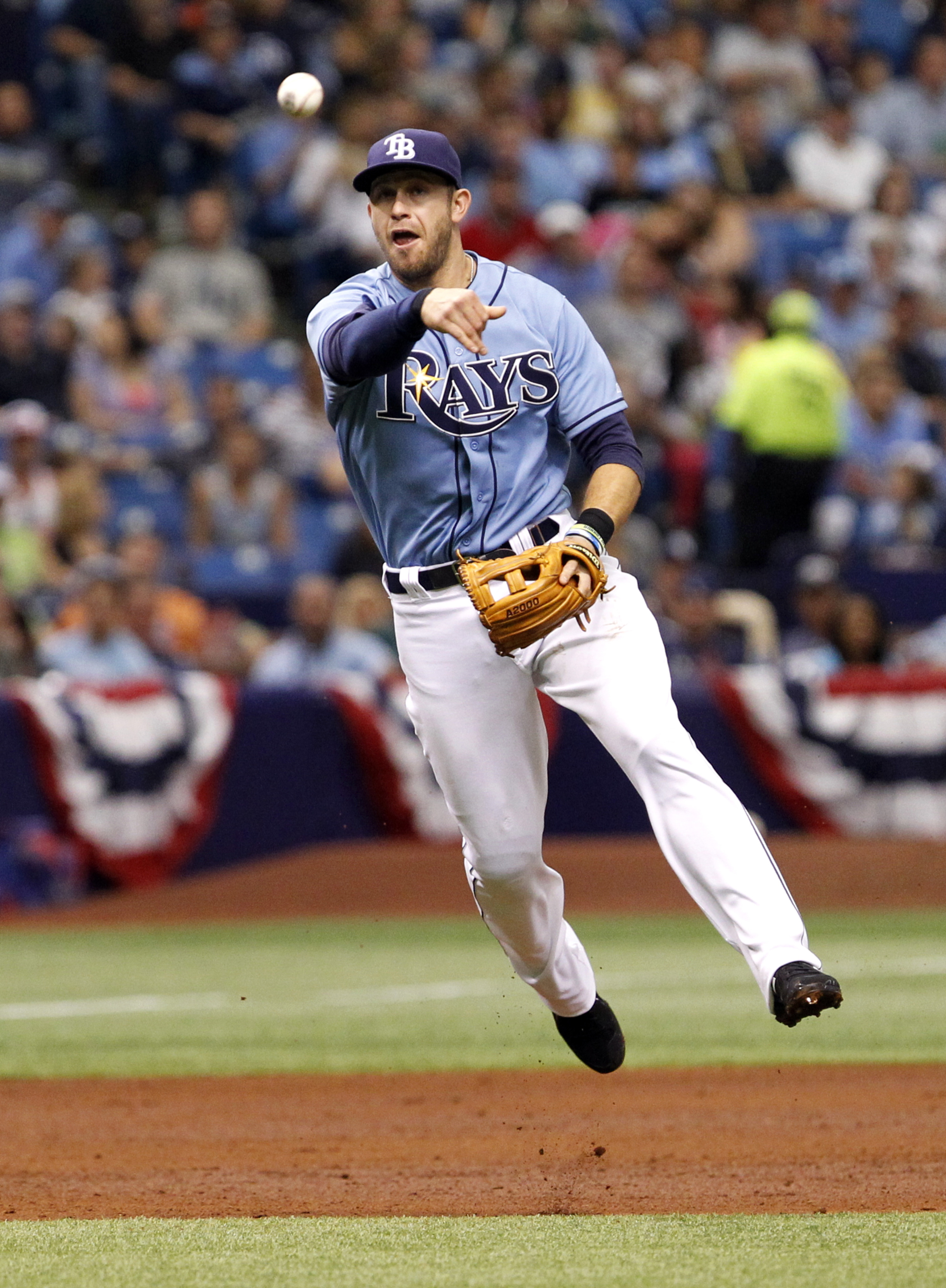 Still, the Rays approach to Darvish seemed methodical, waiting to see a pitch a second time before going after it. The Rays got on base in every inning against Darvish, but they couldn't pile them on for runs.

In the fifth, the stars nearly aligned. Ryan Hanigan took his pitches for a walk, and with one out, David DeJesus hustled out an impressive double on a liner to right field, forcing Texas to bring in the infield with one out.

Unfortunately, Wil Myers and Ben Zobrist each fell victim to sliders and eventually popped out. On the next turn, Longoria led off with a lofty flyball that bounced in the party deck corner. Jennings was able to move him over on a fly ball, but the Rays were still flying out and fouling out, proving ineffective throughout the game.

For his part in the pitching duel, Cobb was on fire. The split/change thrown arm side was deadly all afternoon, and kept the Rangers on their heels. It was a masterpiece, and the broadcast was full of slow motion appreciation thanks to the high powered camera Sun Sports has on loan. Cobb wouldn't allowed his third hit of the game until there were two strikes and two outs in the seventh. It's too bad the Rays would go 0-11 with RISP.

The Rays attempt in the seventh was promising, leading with another double, this time with Hanigan knocking a slider the never left the zone up the left field line. The Rays moved the runner to third, but on two outs, Darvish would down Myers with some tough cutters. The final cut fastball of the six pitch at-bat was a tapper right of the mound, which led to a foot race for first base. Darvish would win by half a step on an aggressive play to finish his night.

Joel Peralta took the reins in the eighth, which I thought was a favorable moved based on how meekly the Rangers had looked against Cobb's split/change. Shows how much I know, it was all fastball and curve to down Leonys Martin on a grount out, and J.P. Arencebia swinging.

Finally-a-splitter got Shin Soo Choo to whiff, but after a missed call at the top of the zone for a full count, a chopper deflected off Peralta's glove for a single. He got Elvis Andrus to swing and miss on a splitter in the next at bat, but started missing the zone. Peralta turned to a fastball down broadstreet for a fouled grounder, but Peralta's control was suffering. The full count pitch missed completely -- middle-high instead of down and away -- and Andrus buried the fastball in the left field stands. 2-0 Rangers

Alexi Ogando relieved Darvish in the eighth, and Zobrist led with a slow-roll single up the middle. Ogando went all fastball from there, with Longoria flying out on a well struck liner to the right field wall, and James Loney's shot to left field getting snagged from the air by a leaping Andrus.

With two outs and a runner still aboard, Desmond Jennings sat through a four pitch walk and Ron Washington brought in lefty reliever Neal Cotts, the $2.2M reliever credited with last night's Rangers loss. Due to the pitcher's reverse splits, Joyce got his chance to play hero, and after fouling a change and fanning a fastball, Joyce got a full count on three bad pitches... before he went down swinging on a slider down and away. It was a great pitch by

To the ninth: Josh Lueke got the nod, and his first batter was called safe at third when Longoria uncharacteristically sailed one to Loney. Then a bouncer up the middle by Alex Rios put two on and new pitchers up in the bullpen. Lueke kept his energy high and fed four splitters down the middle to Mitch Moreland, the Texas DH, then got a double-play grounder on a fastball outside. With the runner Beltre on third, Donnie Murphy fouled his way to a sixth-pitch slider, which difficult grounder between short and third.

Yunel Escobar did everything he could to track it down in the outfield grass and fire to James Loney, but on the fullest of stretches Loney fell off the bag in what really looked like a dive toward the ball. The runner was safe, and Beltre scored the third Texas run. 3-0 Rangers

Cesar Ramos finished the frame with a first pitch groundball. Joakim Soria, the Rangers closer, then took over the only inning the Rays wouldn't have a base runner, with two popouts down the line, and what felt like the fifth hard liner hit directly at Elvis Andrus.

In the end, Cobb won his side of the pitching duel against Darvish -- who allowed eight base runners -- but the Rays couldn't string the offense together. The Rays take two out of three, unable to sweep the rival Rangers.

This should help, though.

Today fans were allowed fans to bring in their pups, and the highlight of Bark in the Park?

Thanks for the respite, Clementine.