Rays at Angels GDT 3: Rookie of the Year, Stage 2

KK is up again and ready to dazzle.

Share All sharing options for: Rays at Angels GDT 3: Rookie of the Year, Stage 2

Okay, so ol' Kevin Kiermaier is up an in the lineup. Brandon Guyer is in the starting lineup too. And Cole Figueroa is on the bench. There's a lot of young on this roster right now. Granted: KK and Figuerora have ~140 wRC+ production in Durham this year, and Guyer had much similar production for the previous few seasons in Triple-A.

And Desmond Jennings, Ben Zobrist -- much like Jeremy Hellickson, Matt Moore, and Alex Cobb -- will be missed. Quite possible, starting tonight. Oh yeah, Ryan Hanigan got hurt too. Jose Molina has a -19 wRC+. ZiPS thinks he can blurp out a 61 wRC+ through the end of the season (.213/.270/.294). Oh boy. That, but the way, would bring his season line to 44 wRC+. Which would be his second-worst all time season, his worst season ever, minimum 200 PA. 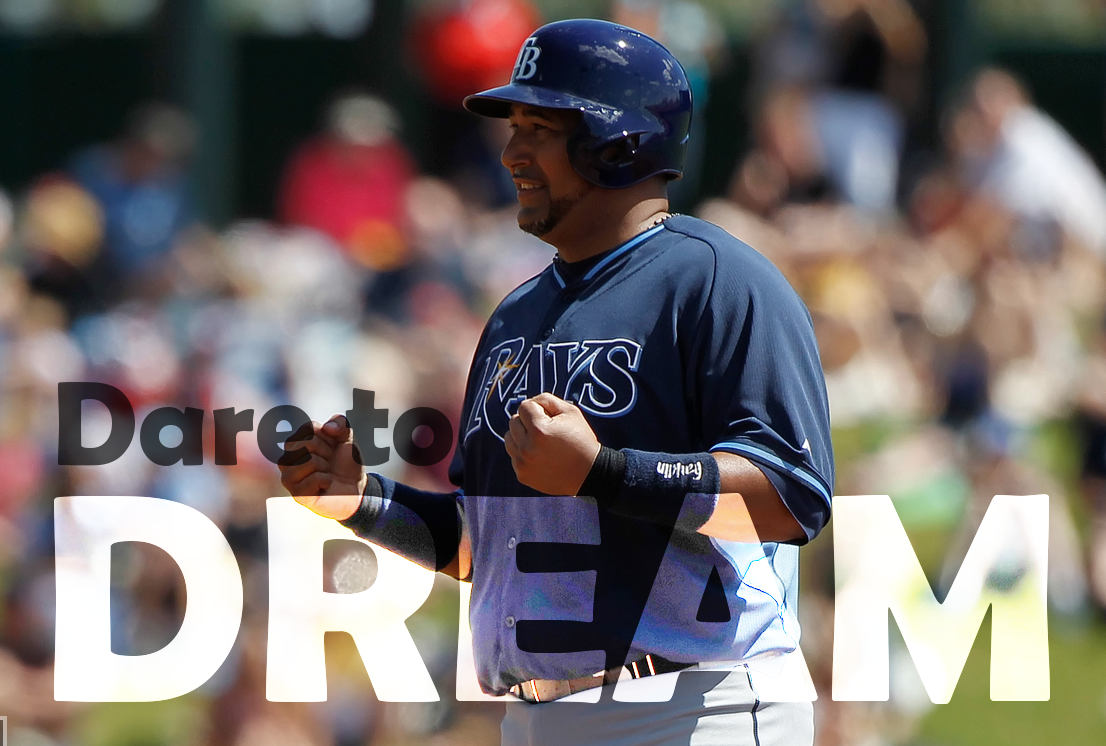 Which of the three rookies has your highest hopes this season?