Yunel Escobar has been crushing the ball this season, but his hardest hit shots have been far but not far enough.

Last night, Yunel batted six baseballs, and three went so far as the warning track in Fenway Park: a double to the Monster, a fly ball caught in the 420' Triangle in center, and this mammoth shot:

This is what happens when you pull the damn ball! 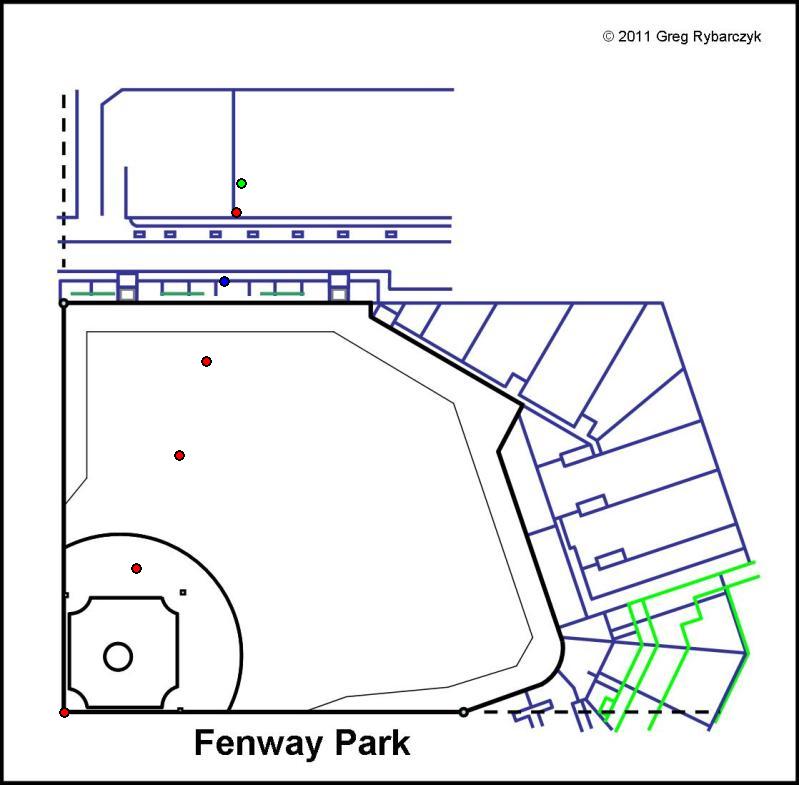 Brian Anderson's comments before the shot could not have been prophetic enough. With that, the Rays would bring in the Grant Balfour to close his second game of the day, and the Rays would take the double header at Fenway Park that they never wanted.

Yunel has all the power you could want from a short stop, but not obviously so. He tends to hit toward the middle of the field on the longest shots, and purposefully bats around the field. Last season, Yunel pulled only one-third of batted balls and had a .372 batting average up the middle, which he did so 44% of the time. An excellent strategy for getting on base or knocking doubles. 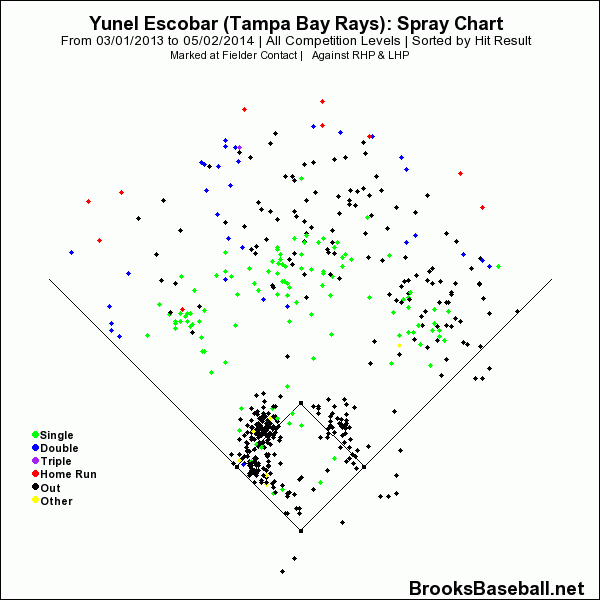 There was some thought entering the season, however, that if Yunel could start pulling his hardest hit flyballs, he might see a few more runs on the board by knocking home runs.

Researching batted ball distance surgers, Mike Podhorzer found that Yunel had the second largest increase in distance, but nearly no change in HR/FB rates. This season, he was either due for that trend to correct itself, or he needed to start pulling the ball a little more often.

The chart contains ten batted balls that reached the warning track through the month of April, including five outs, four doubles, and a solo homerun at the Trop from April 5, buried in the left field stands.

Escobar is developing into the power hitter you didn't expect. If a few more of the hardest hit balls could feature that touch of an earlier swing, we might just start seeing a few more longballs than expected this season.