The Mariners' case for David Price

Share All sharing options for: The Mariners' case for David Price

Danny: Seattle has one top prospect; one who recently graduated from the rankings (by rule of having major league appearances), but a top-10 worthy sort of player. His name is Taijuan Walker, and he's pretty injured.

Inflammation in his throwing shoulder (Bursitis) has cropped up twice this season and significantly decreased his value as a trade asset, and held the Mariners' rotation back. He recently returned to Seattle's pitching staff, adding to his near K-per-inning rates, and pitched a loss against the Mets, the score 3-2 yesterday afternoon.

So he's back, I guess. That doesn't mean he's perfectly healthy, and his throwing mechanics have never been lauded as sound either.

Shoulder problems can result from a pitcher finishing too upright, which Walker started doing last year.

It's hard to understand why Tampa Bay would want him in this state.

Scott: Walker has to headline any deal, and whether that's good enough to land Price is certainly up for debate.  He entered the year as a top 20 talent in the minors with maybe ace upside, but Keith Law has raised those concerns about his shoulder and mechanics many times this year.  The Rays could certainly make some adjustments to reduce the chances of an injury, but there is risk here.

Last year's 12th overall pick, D.J. Peterson, is probably a top 100 prospect in the league.  He's a below average defender at third base, and the Mariners are already moving him over to first.  Given that, comparing him to the Rays' first rounder last month, Casey Gillaspie, is prudent.  As a recent third baseman, Peterson would probably make a better defender.  He has more power, and his bat-to-ball ability is good too.  I don't think a first baseman can headline a Price deal though.

One young player that's not a prospect anymore that could interest the Rays is infielder Nick Franklin.  His brief stint in the majors this year was beyond bad, but he's back to hitting in Triple-A with a .294/.394/.468 line that includes a solid plate approach.  He's a switch hitter, but he's pretty poor from the right side.  He's still only be 24 years old in the 2015 season, so even if he's not considered a prospect anymore, he's a young player the Rays could be interested in.

Danny: So the Mariners, a flailing team that wishes it were in the playoff hunt, offers an injured pitching prospect that would otherwise be worthy if he had better mechanics, a first round draft pick that needs moved to first base (but is otherwise project able as a major league talent), and a utility infielder that can't crack the major league roster on an average baseball team.

The Mariners have already tried to go out and find some offense, but Kendrys Morales all over again? He of -0.9 WAR? Is that a sign they weren't getting anything from Tampa Bay? Maybe not, all the acquisition required was reliever Stephen Pryor, an also recently injured prospect.

The interesting tie in there is that Morales had recently said he didn't want to play for Seattle, and they went and got him anyway. David Price also poo-poo'd a Seattle trade idea in the off-season, but at least we know this front office might be undeterred. The conversation continues. 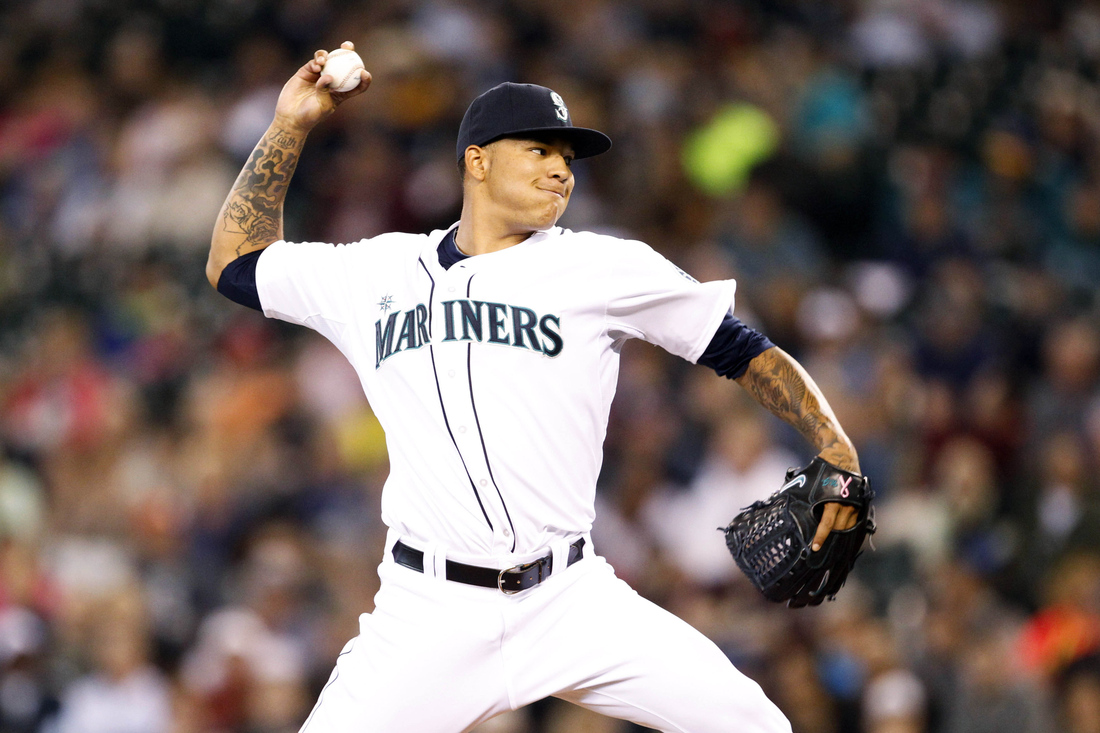 If the Rays are saying they want more than Peterson and Walker, though, that brings up another man in the current Seattle rotation: LHP James Paxton. Great velocity as a south paw helps his average secondary offerings play up, profiles as a workhorse (which Tampa Bay admired in Nate Karns), but possibly no more than a reliever and yet another pitching prospect with a throwing shoulder injury (Latissimus Dorsi).

You could persuade me that Brazillian LP Luiz Gohara is worth targeting, signed in 2012 with a big arm and a bigger body. He's got the change and the velocity to be tantalizing down the road, but that's still not more than a wild card at this point.

Scott: Yeah, Gohara has talent, but given that he's not even 18 yet and hasn't gotten out of short-season ball, I don't know how much trade value he has.  They do have a handful of lower level or second tier prospects that could be in a potential trade. 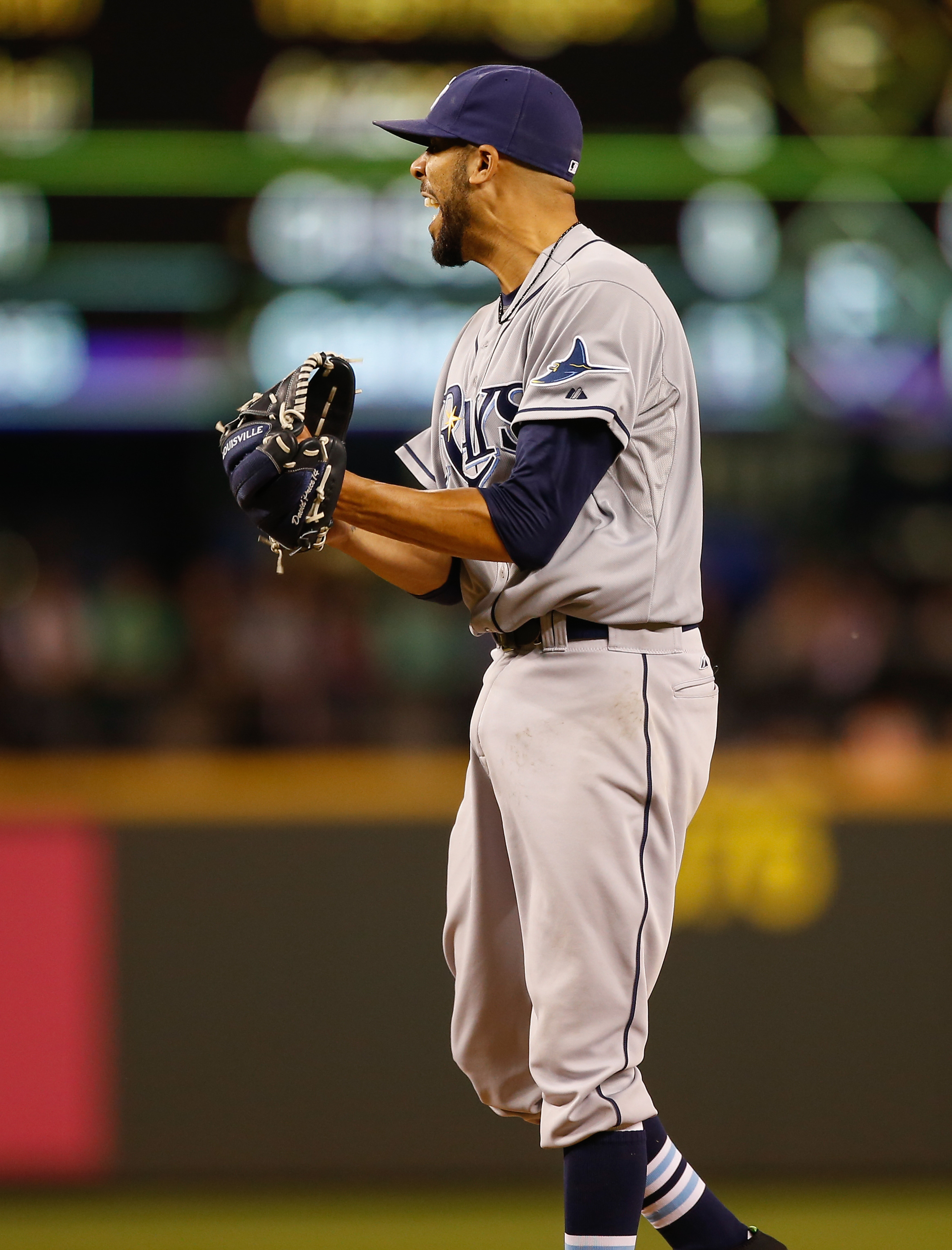 David Price has had success in Seattle.
Photo by Otto Greule Jr/Getty Images

Gabby Guerrero, Vlad's nephew, was just in the Futures Game.  He has potential, but he probably shouldn't continue adopting his uncle's plate approach since he can't pull it off.  Another outfielder I like is Austin Wilson.  He was a top 50 pick from Stanford last year, and his first full pro season has been impressive; he owns a .298/.385/.523 line, but he's 22 and should probably get bumped up.  Being on the DL for a month complicates that a bit though.

One more bat in Double-A is Patrick Kivlehan.  He'll be 25 next season because he was a football player in college, but he can hit.  His combined OPS is over .900, but his position is a question.  His defense at third base isn't good, so his upside is probably a bat-first guy off the bench playing all the corner positions.

Danny: Let's make this simple, then. Should our front office strike up a deal with Seattle, we already know it will be for a breadth of prospects, as opposed to a few top tier pieces, so try this on for size.

Forget Nick Franklin. If the Rays could get back Peterson, Walker, Paxton, Guerrero, Kivlehan, and Gohara for David Price and Ben Zobrist, would you say yes?

Scott: I think I do.  I doubt Seattle would, but it's hard to turn down six players.  I'd rather go for the quality of some other potential offers than the Mariners' quantity, but there's talent here.  A lot could go wrong though.  Walker and Paxton could continue having injury problems.  Peterson doesn't hit enough to play first base.  Guerrero and Gohara's lottery numbers aren't winners.  With some tweaks though, Walker could be a very good big leaguer, and they're getting some building blocks.

Ideally this wouldn't be the only offer, and of course it won't be.  The Rays could do better, but I don't think it's a hang-up-the-phone-and-never-talk-to-Seattle-again kind of offer.