Jennings and Zobrist combined for sweet music, Longoria and Sean Rod powered the production, and Cobb did his job for five innings.

Nine runs, two HBP's, and an ejected manager made for plenty of fireworks on Independence Day.

Ben Zobrist (the evening's shortstop) got the Rays started in the third inning with an RBI double, plating the day's lead off hitter Desmond Jennings. Zorilla knocked it from the right side, and swang arms outstretched for an easy fastball high and away, driving a liner up the right field line. Evan Longoria then led the fourth with a moon shot that drifted back and over the outfield wall for the Rays second run. You could feel the power just watching the swing.

In the fifth inning, Drew Smyly tried Zobrist offspeed and inside after his failings with the opposite, but Zorilla was not fooled. He plated Desmond Jennings yet again, as the liner ricocheted up the left field line, and I declared Ben Zobrist was back.

There were a couple hit-by-pitches leading to runs in this game. 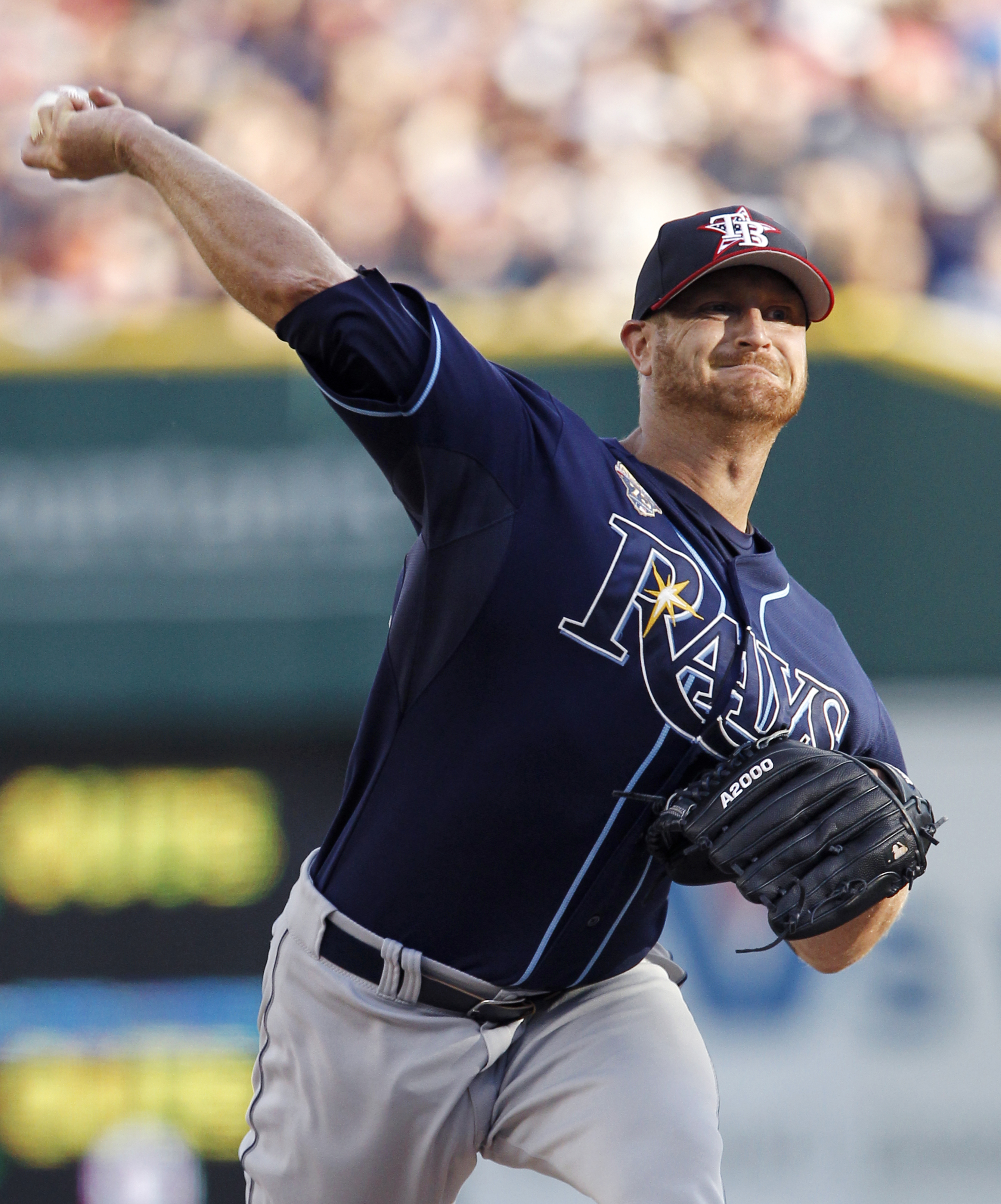 Rewinding, Alex Cobb made things interesting in the fourth, with one out nailing Victor Martinez in the leg, leaving him limping. Outfield surprise JD Martinez then doubled to left, and Austin Jackson -- looking intimidated by pitches inside --  turned on a Cobb split inside to plate a run in a fielder's choice. Logan Forsythe then limited the damage with a stellar play from the shallow right field grass. Ranging back, nabbing the ball in the grass, and turning with his eyes on James Loney the whole way, he fired an strong throw and beat the charging Don Kelly.

At the top of the sixth, Evan Longoria was plunked by Drew Smyly under the arm, then Logan Forsythe walked on pitches below the zone to put two men on. One out later, Sean Rodriguez cleared the bases with a head-down, power swing triple to the base of the center field wall, chasing Smyly from the game and giving the Rays a 5-1 lead. Animosity was not building at this point, but things were about to get interesting.

In the bottom of the sixth inning, Alex Cobb started the frame with a slow, 60 MPH curve that drifted in and landed on Ian Kinsler's shoulder, his 71st pitch. Cobb had been pitching a game close to the right side of the plate all night, but this hanging breakingball completely lacked any intentionality, particularly with Miguel Cabrera on deck/ Strangely, the home plate umpire warned both sides. Joe Maddon was furious, and started hollering "it's wrong!" from the dugout. He was ejected from the steps by the crew chief at second base for even advancing toward the field. Perhaps ESPN's presence made everyone a little jumpy.

Back to the game: Kinsler was allowed second base a few pitches later when a pick off attempt by Cobb went in-and-through the outer two fingers of James Loney's glove on what looked like routine procedure. More pressure for Cobb, and he issued a walk to Cabrera. Eight pitches and an E3 brought Jim Hickey to the mound, but Victor Martinez was able to lace one up the middle, and the diving Logan Forsythe, playing up in the dirt for the runner on, wasn't able to react fast enough. Cobb followed with another walk, and suddenly his night was over at 86 pitches and no outs in the sixth.

I'm not convinced that Alex Cobb couldn't split-change his way through the bottom of the Tigers lineup, but with the bases loaded and still none out with a three run lead, the Rays were desperate for the bullpen and good feelings. Brad Boxberger got the call from Davey Martinez.

After three pitches and a disagreement between Jose Molina and the pitcher, Molina wiped the call clean and appeared to call for whatever Boxberger wanted. He chose a 95 MPH fastball that got a desirable double-play ground ball, allowing one run, then struck out Don Kelly to shut it down. Rays still lead 5-3.

Top of the seventh, Desmond Jennings was on base for the third time this evening, his second double of the night up the left field line. Zobrist batted him to third, and Guyer chopped one deep for the ranging Ian Kinsler, plating the runner. The Rays had their three run lead back in hand, and they would not relinquish. Joel Peralta pitched a clean eighth, Jake McGee a clean ninth, save a base hit each. It was a classic Rays performance, if you had not watched this season, and I'm thankful for that.

The Rays try twice more against the Tigers this weekend to close out the roadtrip, and have leveled the four game series at 1-1. You can catch Saturday's game on matinee of Archer v Sanchez at 4:08 on SunSports, the Price v Porcello at 8:00 on ESPN for Sunday Night Baseball.