The David Price trade: Who is Nick Franklin?

An introduction to the recently acquired infielder

Share All sharing options for: The David Price trade: Who is Nick Franklin?

It's not reasonable to say we know what Nick Franklin is just yet, because the Mariners have certainly mucked up his development. A former first round draft pick in 2009, he has been promoted and demoted more times than I'm interested in counting over the last fifteen calendar months.

The easy comp for who Franklin is, of course, Ben Zobrist.

Franklin is a switch-hitting middle infielder with a strong propensity to take a walk. Over his minor league career, Franklin owns a .305/.389/.487 slash line against right handed pitchers, but has only a .235/.310/.326 against southpaws. He's currently a middle infielder, but it's not a guarantee that his glove, or his bat in particular, will remain so versatile, as noted by Keith Law:

He's a switch-hitter but needs to stop trying to hit right-handed; he has an unorthodox left-handed swing that has produced power but not high averages.

Now add in how the Mariners absolutely refused to play Franklin and red flags start popping up. There's a strong likelihood that the Rays will not deem Franklin's defense acceptable at shortstop, but it's not that he projects negatively there; just not highly. He's a kid with great instincts, and that carries him far in the field. My hope for Franklin would be something along the lines of Jhonny Peralta at short, but that may be dreaming big.

Either way, he can Jeter with the best of 'em, so he's adequate to say the least, but as Jeff Sullivan noted in the pre-season:

One way or another, Nick Franklin, for the next several seasons, ought to be a middle infielder. Whether he's a good one will probably have more to do with his bat than with his glove.

It's been difficult to gauge his value in trade propositions around the league or even in the Mariners organization before today, but apparently the answer to the question, as far as Andrew Friedman is concerned, is "a lot."

Franklin kills right handed pitchers, so he should get the long side of a platoon at second base, which, at a minimum, could join with Logan Forsythe to create a good two-headed, red-bearded monster.

Looking toward the future, the Oliver projections at FanGraphs have a .334 average wOBA and 3.5 average WAR predicted in each of the next four seasons. Meanwhile, PECOTA's UPSIDE score ranks Franklin the fourth best second baseman under the age of 25, just ahead of much-hyped prospect Mookie Betts with a score of 58.1, and that's a system that devalues whiff-worthy lumber (a problem for Franklin in the majors).

He didn't deliver in Seattle, but he hasn't lost his shine. 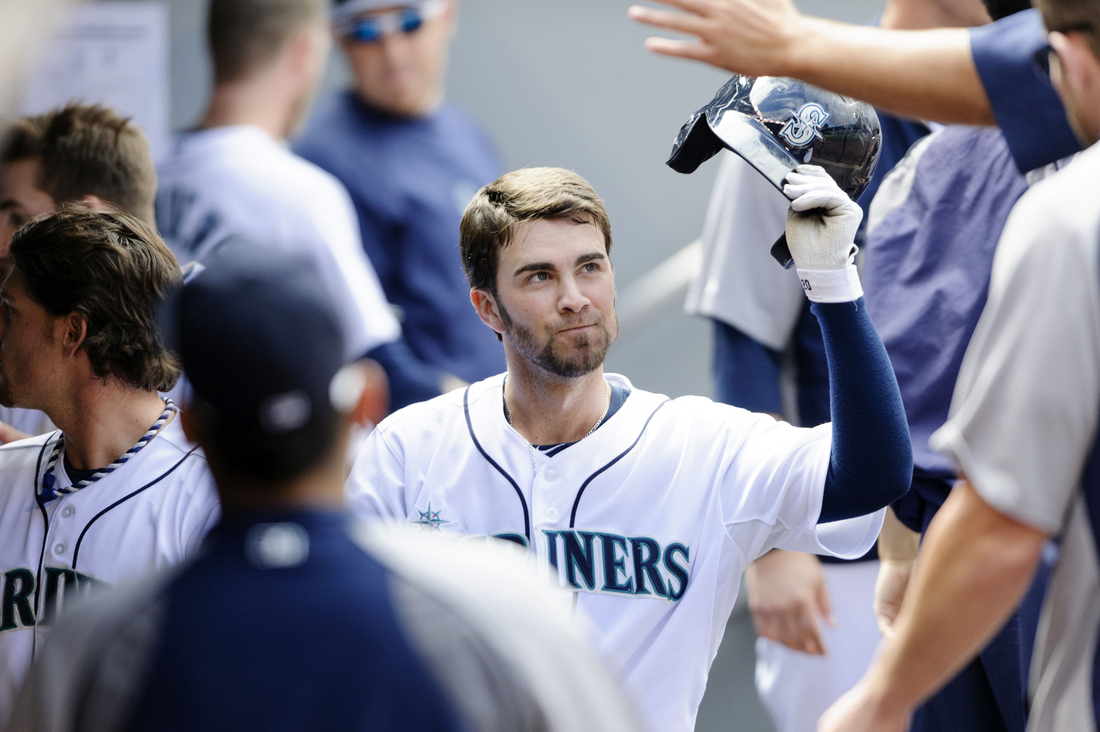 Evaluation systems differ on his value, and that's partially due to strained and strange major league production, but it could also be the result of a changing physique. Want a reason to love on Nick Franklin? Dude is a total gym rat, and that includes workouts with Barry Larkin.

After his 2012 season, the Seattle Times reported how Nick Franklin embarked on a serious diet regimen that required eating 6,500 calories a day. It was all part of the plan to add forty pounds of muscle, with the goal of reaching 200 lbs. and knocking dingers instead of gappers.

Franklin went on to knock 12 homeruns in the majors, totaling 16 for his career, and has hit nine at the minor league level this season, coupled with a 14.1% walk rate and .375 wOBA that he'll carry over to Durham. The Rays have already confirmed he starts his journey there. According to baseball-reference, he's also reached 195 lbs.

Arbitration will be staved off until 2017 for Nick Franklin, giving the Rays salary control until 2020. Even if he doesn't stick at short stop or uphold the dual nature of his bat, Franklin is at a minimum still an excellent second base prospect that can have all his weaknesses easily covered by the already-waiting Logan Forsythe.