Rays trade rumors: How much would the A's want for Scott Kazmir?

Share All sharing options for: Rays trade rumors: How much would the A's want for Scott Kazmir?

Should the Rays bring Scott Kazmir home to Tampa Bay? It's worth consideration.

With the starting rotation depleted of it's top two projected arms (Alex Cobb - Tommy John; Drew Smyly - labrum tear), and the Rays' dependence on top-flight pitching, it's reasonable to think that the Rays might want to make a push for the division by acquiring one more great starter when they sit just one win behind the Yankees in May.

That's not to diminish the work of Jake Odorizzi and now-ace Chris Archer in the starting rotation—they rank fourth and fifth respectively in the American League for WAR this season—but the other three slots are essentially place holders: long reliever Erasmo Ramirez, and rookies Nate Karns and Alex Colome.

When Matt Moore completes his recovery from Tommy John surgery he will take one of those slots, but there's room for improvement, and Scott Karmir could be the answer. 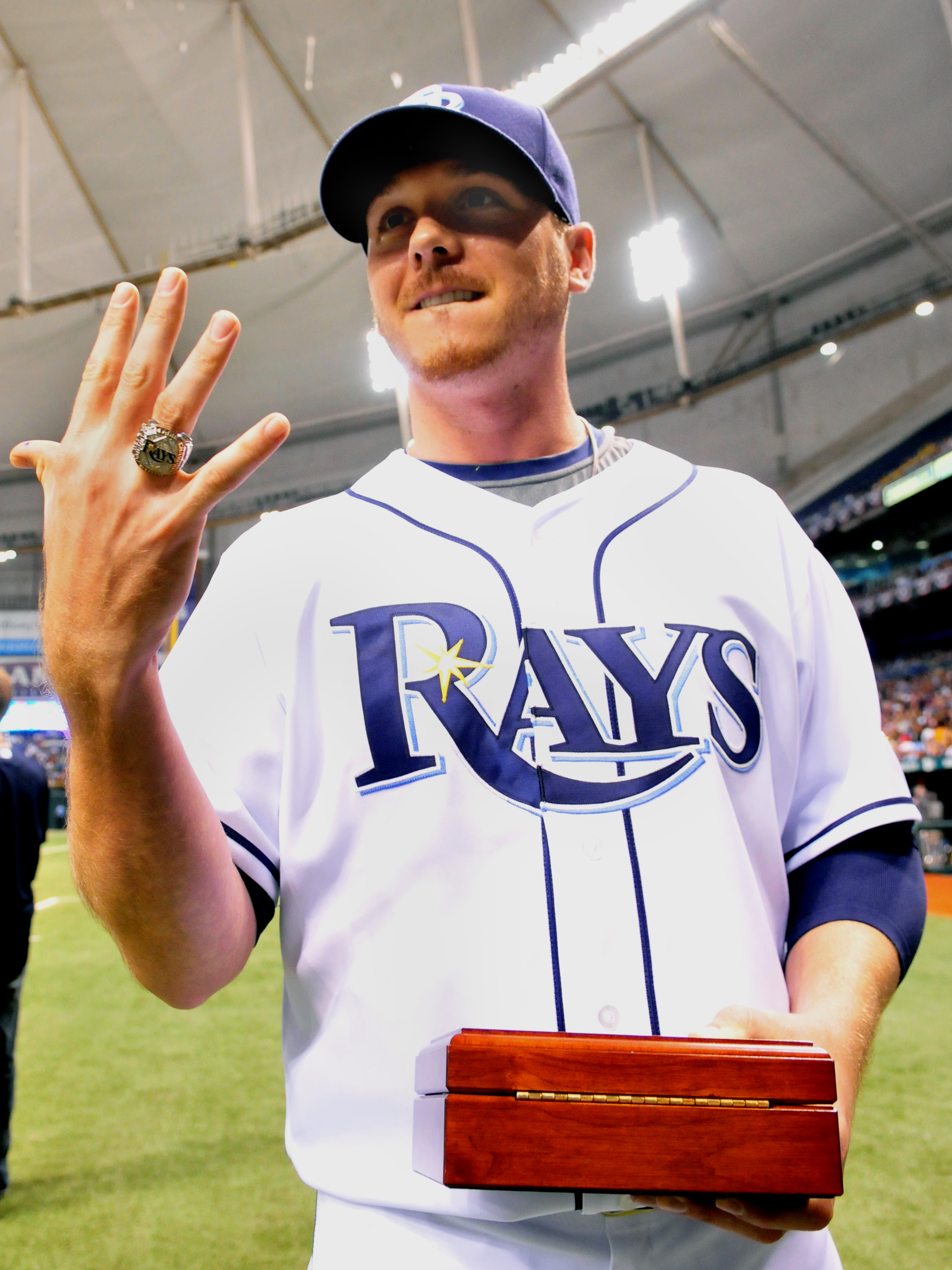 The Athletics are near the bottom of the league in wins this season and could very likely start selling expiring contracts for players, and Kazmir is on the final year of his deal with the A's. The Rays are normally not a team to take on salary, but half of his $13M salary may be worth another banner in the Trop.

Before diving into exactly what Kaz would add above-and-beyond, say, Alex Colome to the Rays roster, I'd like to crowd source the question of what you might think Kaz is worth on the trade market.

My gut tells me it'd take a decent prospect, someone worth top-10 consideration for the system, and likely a former first round draft pick (or at least a prospect worthy of that selection in retrospect). When the A's acquired Jeff Samardzija and Jason Hammel, they sent off a now-top-five prospect in the game for 2012 first-round pick Addison Russell (11th overall), 2013 first-round pick Billy McKinney (24th overall), pitcher Dan Straily, and a player to be named later.

Here's how 2015 Kazmir compares to those guiding posts:

Scott Karmir's current value is close to what each of Hammel and Samardzija were pitching at by the half-way point in 2014 at the time of the trade, with expectations that he could rise above their levels of production.

It's a quick and dirty method, but using that one trade as a plumbline, we could cut that trade's return in half and speculate that Billy Beane would expect similar pedigree in return for Kaz alone.

The numbers don't jive 1:1, but instead of going to the myriad prospect lists out there and assimilating values, I thought a quicker method may be to ponder how pedigree of pitcher may match the ask for the same pedigree of prospect.

With that focus in mind, here's the short list of recent first-round draft choices of the Rays:

Baseball trades are not what-have-you-done-for-them-lately, it's what-will-you-do-for-me-here. Going off some basic Steamer projections, we can't expect Kazmir's year to get much better than what he's offering two months into the season.

That performance would be better than the current players in the Rays rotation likely to stick out the year, so it's still worth entertaining, but we should temper expectations. Kaz seems like a serviceable addition, even if he wouldn't jump to Ace of the staff.

If Kazmir were able to give that level of performance to the rotation, it would likely double the WAR contributed to that pitching slot through the rest of the year. Then as a ripple effect, one of Karns or Colome could then move over the bullpen and likely replace a weaker option currently deployed by the Rays. Overall, napkin math caution included, I think it would add something like two extra wins to the Rays' season. In this division, that edge matters.

All of that said, I should mention that Billy Beane would consider far more than player pedigree in his trades, this is just early speculation on an asking price. I don't mean to convey any more than that.

For example, when the A's flipped Jeff Samardzija this off-season, they got back a package of four players built around Marcus Semien, a top prospect in the White Sox system but a former 6th round draft choice. He and Josh Phegley filled needs in the A's roster as they retooled for the season, and that's a very different sort of approach. But given that the A's are seemingly out of contention this season, I took the long play and tried to focus on prospects for the future.

So what say you?