Before I went on vacation, we held a DRaysBay FanPost Competition in the month of July, which brought in ten robust submissions. We held a post for voting on the contest entries, a lot of folks didn't take the voting seriously. Alternate accounts were used, people were ridiculed, comments were hidden, classic fare for this site.

In the end and through the noise, however, a top three has emerged. The winners of the competition is as follows:

My favorite article in the bunch, using my tie breaking vote to jump into the top three, was a first-time post from zgreer39, who answered the "Say what?" to the surprise statement that "Brad Boxberger has been tipping pitches." Here's a sample from the article: 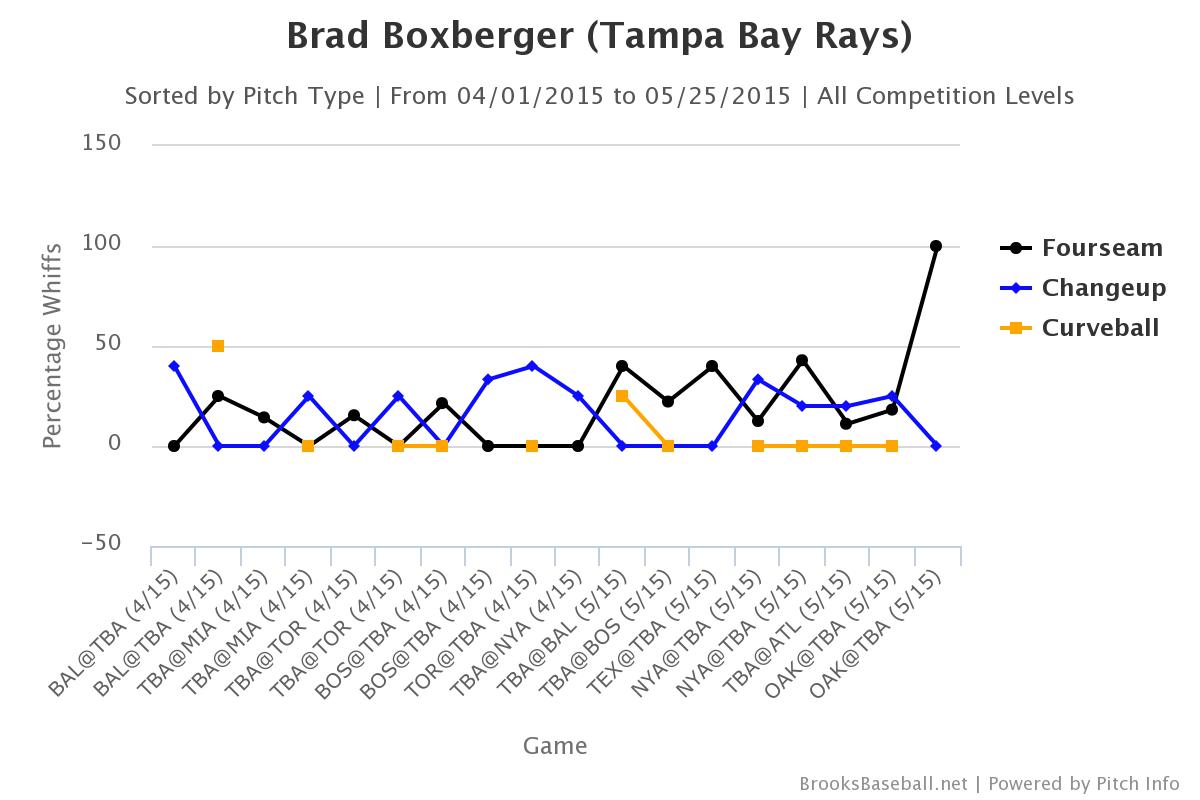 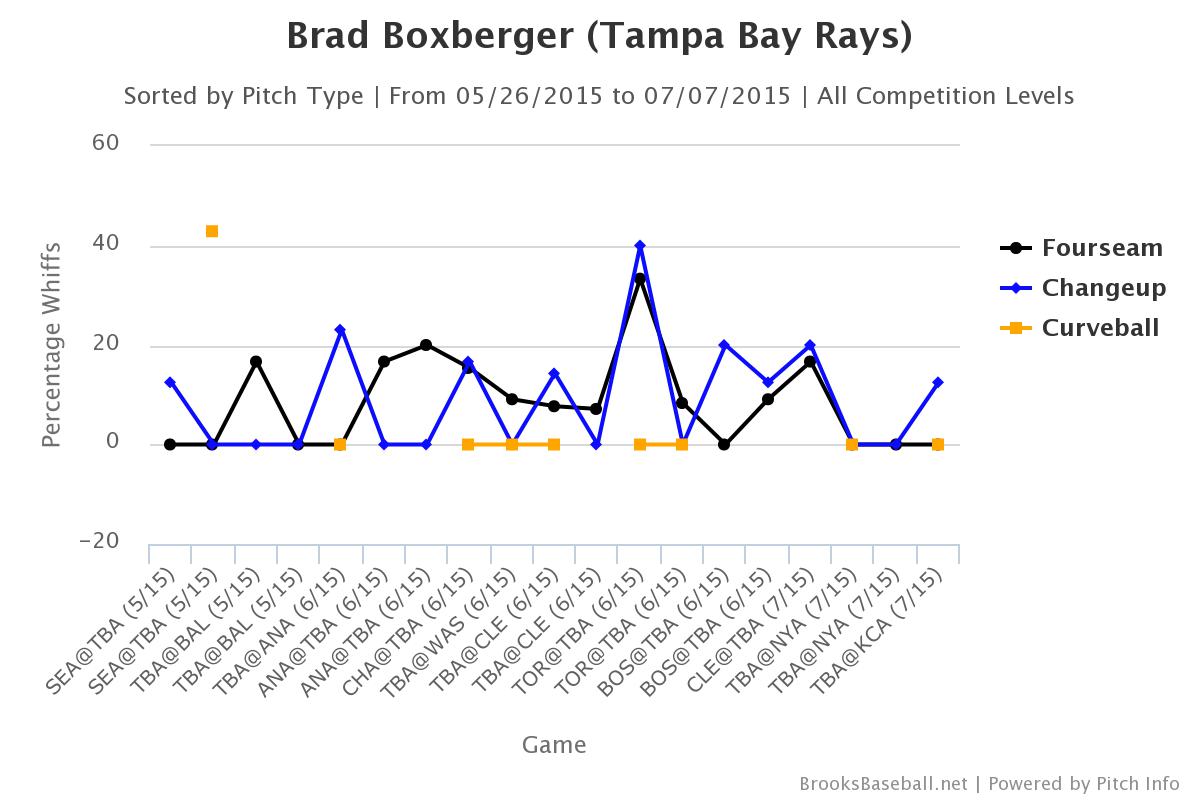 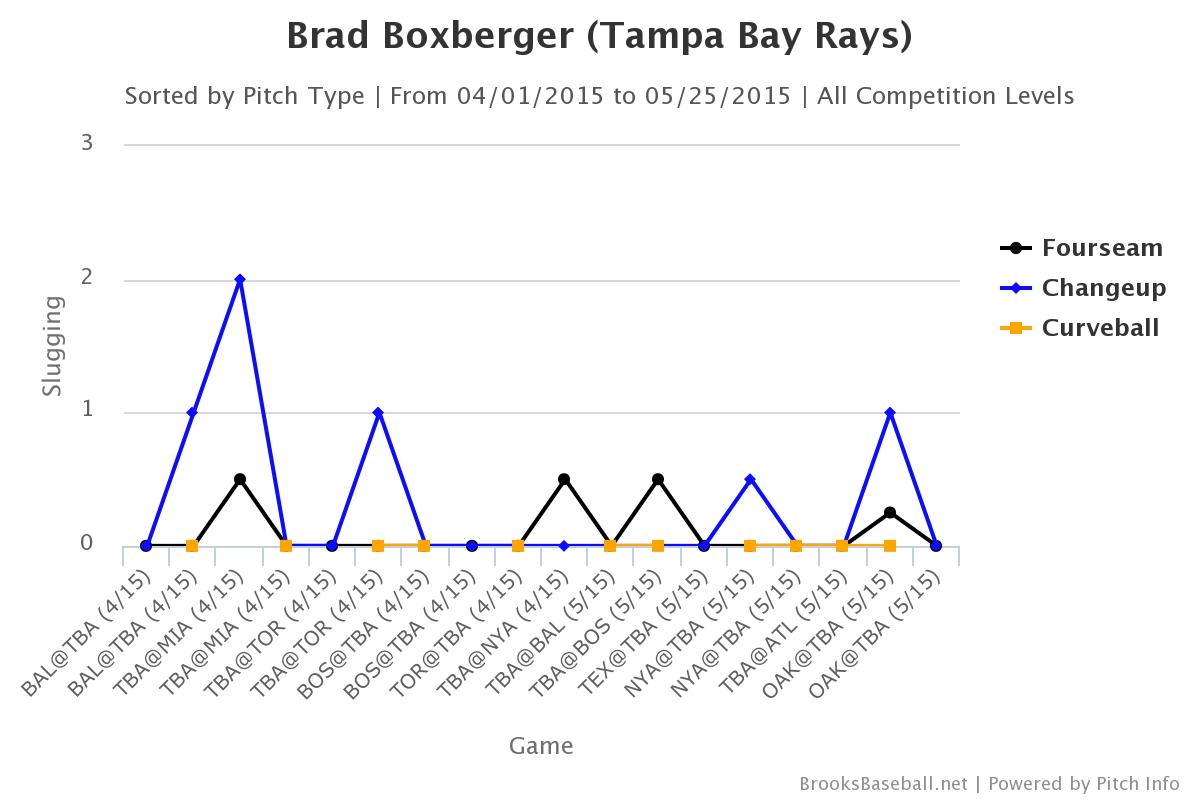 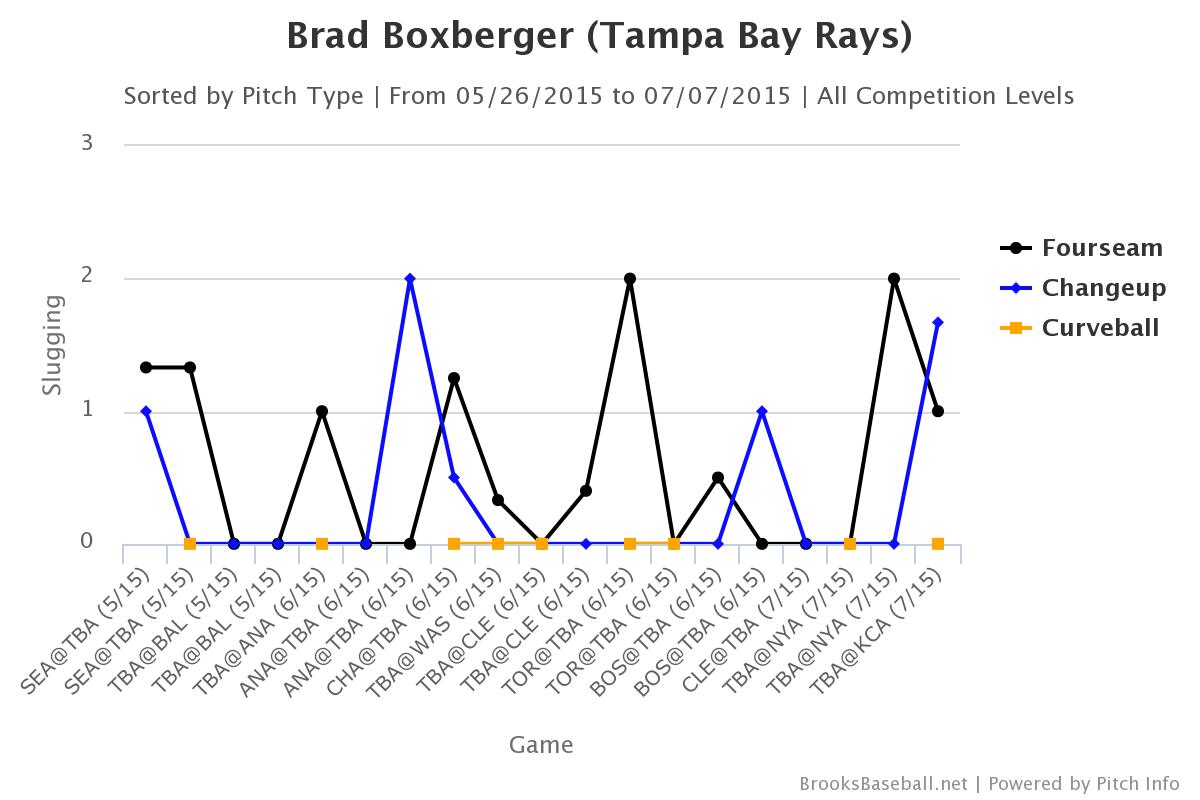 While I am not a baseball expert, it does appear that there is evidence of Boxberger's pitch tipping.

I remember reading this and thinking, 'Blimey there it is!' Quite a lot of inconsistency for the Rays closer who is on an island unto himself in the high leverage portion of the bullpen. That and nine losses to his name have made it a roller coaster season not much unlike the graphs above.

The Rays are Not Buyers. But What if They Were?, by WilMyers'BatFlip

Achieving a second place vote, due to some ignored shenanigan voting, is a fun stroll through the odds of the Rays' playoff chances with improvements at each positions, community stalwart WMBF provided some food for thought on what an active Rays team might allow the team to accomplish in the near future.

And in Other News, the Sky is Still Blue

Another season, another result of disappointing production from 1B and Catcher. I'll just go flip on over to the Travel Channel and brush up on my vapid platitudes by listening to that Captain Obvious guy from the Hotels.com commercials. Wow that over-water bungalow in Fiji looks super sweet, even that ambiguously multiracial tactically assembled stock photo family seems super excited about it. Now I want to go to Fiji, how much is left on my United Mileage Plus Awards card credit limit? You only live once right?!? But alas, I digress. On purpose. Because anything is better than talking about the Rays offensive production from the catcher and 1B slots.

[Shakes off the sadness, Taylor Swift style]. Anyhooo, back to our improbable scenario where the Rays are buyers. How shall we improve those black holes?

Warning, another caveat ahead. I know I know, I ran through my allotment in the beginning under this loony "rays as buyers" scenario, but I just went ahead and traded some international bonus pool money in my other fantasy league to get one last caveat (yeah our league is into complex rules, what's it to you fella??)

Here is the actual caveat: Since we are already assuming an improbable scenario where the Rays are buyers, let's also assume they are looking to be bold by adding significant pieces that have the potential for longer term value as well. This is bold by Rays standards, not the kind of stupid bold that sells the farm for a short term rental of a bat like Justin Upton.

WMBF went on to offer several trade targets with great consideration, thought I would offer his focus on position players over pitching removed the winning edge.

The Curious Case of Evan Longoria's Missing Power, by JRTW612

With an overwhelming majority of the votes among the ten posts, JRTW612 preempted a long article at Grantlandof the decline of Longoria's power with a thoughtful take on how Longoria continues to be useful, even past his power's prime.

It's easy to be discouraged and frustrated by Longoria's power decline, and absolutely, the Rays could use some of the power they'd become accustomed to seeing from him. But just because his power hasn't rebounded this season doesn't mean it never will, or that it's time to declare him a 15-20 home run guy for the rest of his career. Just look the way some of the sluggers of yesterday like Alex Rodriguez, Mark Teixeira and Albert Pujols have rediscovered their power strokes this year.

It's true that, while Longoria's been a great player, he was never quite the kind of prodigious slugger that those guys were in their prime, but the point is that, being a three-time 30-home run hitter who hit 32 homers (the second highest total of his career) as recently as 2013, and being a guy who doesn't even turn 30 until October, it's far from out of the realm of possibility that he can still return to being a 25-30 home run guy. And I, for one, will be surprised if he doesn't see a power resurgence at some point.

And whether or not he does, he's still doing lots of great things for the Rays (including outperforming his salary), and is still one of the best third basemen in the game. While we can be frustrated with his current lack of power, let's still try to keep that in mind.

Well said. You can read his full thoughts, and a rundown of stats, behind the hyperlink above.

Congrats to our three community members on their well-written submissions!

These winning authors have received a quick message from me, but if that failed to reach you, give me a shout. Legit prizes are to follow, including Rays tickets for first place, a new hat for second place, and the choice of whatever I pick from the clearance section for third place, or a skype date with Hatfield. You choose, zgreer39!

Let's do this again sometime soon.