Are the Rays Buyers?

Share All sharing options for: Are the Rays Buyers?

We're officially three weeks away from the 2016 First-Year Player Draft, the unofficial beginning of trade season. Dancing around .500, nearing the 40-game mark, the division is not out of reach by any means. How will the Rays figure in the trade market?

There are at least four questions to consider before the Rays become a buyers:

Are the Rays contenders?

This is the most fundamental question. If the Rays front office doesn't believe they have a team capable of making the playoffs, it's foolish to sell prospects. In fact, if the front office decides this isn't the year, the Rays likely will become sellers.

This is also the most difficult question to answer; baseball fortunes change so quickly. Nearly every year, a team that thought they would be buyers at the All-Star break becomes sellers at the trade deadline, and vice versa.

In the two-wildcard team era, the Rays only have to project to win 85 games or so to feel good about their playoff chances. At 19-19, it's tough to know what to make of this team.

There are reasons for optimism - the Rays haven't played their best baseball yet and have been unlucky - they've underperformed their 3rd order record (which takes into account underlying statistics and is adjusted for the quality of opponents) by 4.4 wins, second most in baseball.

Despite not firing on all cylinders and their poor luck, they've still managed to be a .500 team. And of course, there's always areas to worry.

Can the quartet of Curt Casali, Brad Miller, Brandon Guyer, and Kevin Kiermaier continue to ISO over .200? How many DL stints can the Rays weather?

Currently, Baseball Prospectus likes Tampa Bay to win 85 games, gives the Rays a 51.6% chance of making the playoffs, and a 37.1% of reaching the division series.

What pieces can the Rays afford to part with?

The farm system is the lifeblood of a small-market team, and trading prospects, especially for rental players, is always unlikely. In fact, playing the buyer role in the trade market has been an exceedingly rare occurrence for the Rays.

When these trades have been made, they've typically been for role players. The highest-profile player the Rays have traded for midseason since 2009 has probably been David DeJesus, and that was over the waiver-wire.

Other ‘significant' mid-season pick-ups have been Jesse Crain, Ryan Roberts, Ben Francisco, and Wesley Wright. The Rays could probably afford to trade some prospects if the right deal presented itself, but history suggests it's unlikely.

What are the positions of need and who could the Rays trade for fill those needs?

Barring further injury, the Rays seem pretty solid at second base, third base, shortstop, center field, right field, and in the starting pitching department. The Rays also don't have any trouble hitting left-handed pitching. The broken bones suffered by Logan Forsythe (shoulder blade, hairline fracture) and Kevin Kiermaier (6 weeks with broken hand) appear to be short term enough for the Rays to survive.

At Catcher, Curt Casali has made a strong case over the past month to be the everyday catcher, but the Rays could use an upgrade over Hank Conger. If Conger's upgrade happens to hit left-handed, that would be a bonus. The Rays could probably use another outfield bat to hit right-handed pitching, and (like basically every team) would benefit from a fortified bullpen. But there aren't any glaring needs that need to be addressed immediately, and that would seem to be another sign that the Rays won't be buyers at the trade deadline.

If the Rays do decide to make an upgrade, there don't seem to be a ton of great matches. The 2016-17 free agent market is relatively thin compared to recent years, and many of the upcoming free agents play for teams that don't project to be sellers, limiting the amount of rental players on the market. 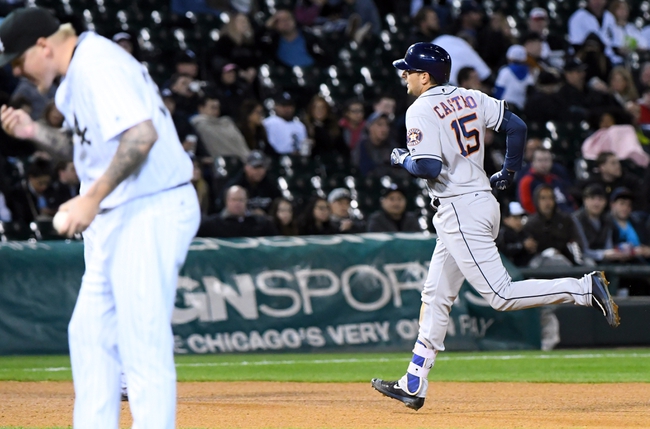 Jonathan Lucroy likely will be traded, but given how many teams are bereft of catching talent, his price figures to be very steep, especially if he continues slashing .307/.375/.511. Jason Castro is an upcoming free agent, a solid defensive-catcher, and has a career 110 wRC+ line against right-handed pitching. Yet, the Astros aren't exactly rebuilding, and teams rarely trade 29 year-old, above-average catchers, even if they are to be free agents, unless the return is astronomical.

Of the left-handed bats, Josh Reddick would have been the most interesting, but he is injured and may lead to the floodgates opening in Oakland for acquisitions. Other intriguing left-handed hitters are Mark Texiera and Jay Bruce.

If the Rays do make an upgrade, the bullpen is as likely an area as any. Mark Melancon could find himself in the same position if the Pirates fall out of the race. Still, it's far more likely the Rays acquire a Wesley Wright or Jesse Crain-type player than an established closer.

Do these options plug holes that can't be filled internally?

If the Rays decide they want to upgrade at catcher, they're going to have to do through the trade market. But all of the other needs have potential internal solutions. The Rays have Casey Gillespie and Jake Bauers to call on if they need another left-handed bat. They also have a glut of pitching prospects and are well known as an organization that likes to break in young pitchers in the bullpen.

Brad Boxberger is soon to return from the DL, and Alex Cobb and Burch Smith should be ready to pitch sometime near the All-Star break, as will rehabbing Jonny Venters and Neil Wagner, providing even more depth. If the Rays make a pitching trade, I'd be willing to bet it's for a reliever more in the Marc Rzepczynski category of player than the Malancon category.

The Rays might surprise us and trade quality prospects for Jonathan Lucroy or an established arm. But if the recent past and current organizational makeup is anything to go off, the Rays aren't going to be buyers for a big name this trade season.