This is what the new Rays Ybor stadium could look like

Towards the end of October, news leaked about the Hillsborough preferred location of the Tampa Bay Rays new stadium. Hillsborough County Commissioner Ken Hagen revealed that a potential stadium site had been identified at the intersection of the Ybor and Channel districts.

At this point, neither Hillsborough County nor the Rays have shared any vision of just how that site would accommodate a stadium. Fortunately for those of us not fluent in SketchUp, we can view the work of a poster with the user name of Bueller, who released his/her concept designs on SkyScraperCity.com and start to imagine how this site could become a baseball stadium.

Bueller includes some indication of how the new stadium would situate in Ybor City, along with potential supporting development.

The rendering includes the Rays stadium, as well as a high rise hotel that would be built adjacent to the new stadium. Bueller also includes the trolley line with a note indicating this could also serve light rail at some point in the future.

VIDEO: You can watch a video with sweeping views of the entire stadium project envisioned here. 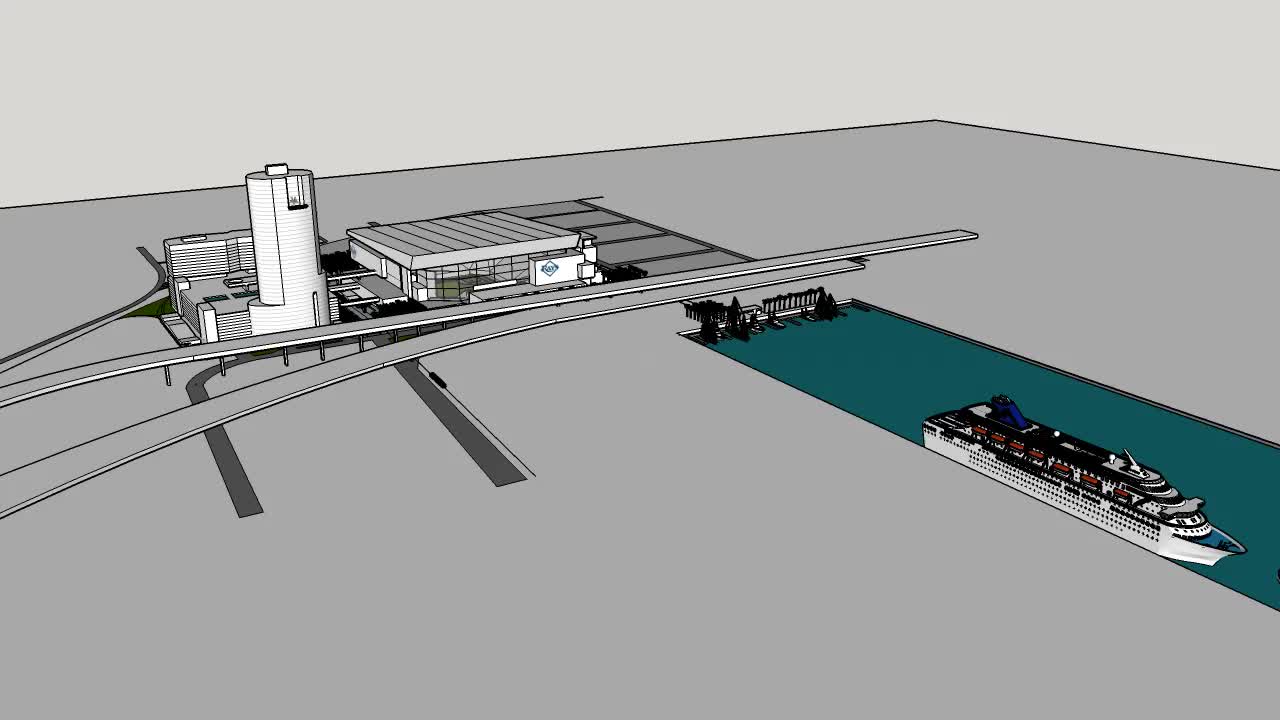 Again, these are not official plans of any sort, just one person’s flight of fancy. If the Rays move ahead at this location the ultimate stadium design and its orientation on the site might be completely different. However, until we know for sure, these images are sure fun to look at, and the effort put in by the artist is greatly appreciated.